Those women were Judy Gamper (the instigator), Sue Tuley (the first ever president), Carol Groves (to whom we are forever grateful for a wonderfully perfect Texas logo), Susan Corser, Sheryl Dial, Diane Piwko, Kelly Robertson, Maria Taiclet and Carol Walser.

That group was our swatch for the project we know as the Dallas Hand Knitters Guild. Little did these women know that it would be a never-ending project.

Over the last twenty-five years we have gone from 9 original members to over 200. The 20th Anniversary Tea invitations went to a total of 600 past and present members.

Our workshops have included teachers from all over the US and abroad, including:

We have dyed yarn in indigo, learned about yarn from buffalo, llamas, alpacas, sheep, goats, rabbits, and more.

.We have had 5 retreats from the first at Heavenly Acres, one at Lake Texoma, two at Sky Ranch and one at Willowood.

Over the years, we have had various fundraisers including a red bag, a natural canvas bag, a blue sock bag, the 10th anniversary pin and charm, plus worm bags (ask an old member), mugs, and probably others that I am forgetting.

We have had a table or booth at the Celtic Festival, Dallas Blooms, The Texas State Fair, the Quilt Show, Knit Out and Crochet Too, The Plano Blackland Prairie Festival, Channel 5 Health Fit Expo and other fun events.

In other words, we’ve made our presence known, including a few mentions in the Dallas Morning News.

And like most yarn, our members have been a varied lot, from as young as around 10 to I don’t know how old, but all are welcome in this project we are working on.

We have dropped stitches along the way with members moving away (sometimes coming back), sometimes remaining a member from afar, such as Patricia Kalthoff, Julie Harris, Susan Corser, Rojean Taylor and many others.

Those stitches we have picked up again with new members; others we have lost due to death and those remain as lace stitches in this project we are working on — not forgotten, just holes in the knitting and in our hearts.

Besides workshops and retreats, the Guild has educated Brownies, boys at the Dallas Arboretum, quilters, Celtic fans and many more. We have had bees, bears and bunnies as our mascots and assorted other creatures. We have knitted caps for preemies, knitted knockers for Breast Cancer survivors, socks for Bosnia, and blankets and socks for soldiers. Perhaps one of the most meaningful things the guild has done is to donate yarn to the Women’s Prison in Fort Worth so women prisoners can learn to knit and donate their knitted items to those in need.

Guild members have entered projects too numerous to count in the State Fair, and for several years, had an opportunity to win a $100 DHKG Best of Show award. Unfortunately, the Fair stopped this practice. But we continue to enter items for blue ribbons and bragging rights.

The Golden Needle Award, started by Sandy Melton in 1994-1995, is given annually by the President to the guild member who has done the most to move the guild forward. The recipients are as follows:

Thank you to everyone who has been a member or is interested in membership, and we hope you will continue to support this project that 6 women started so many years ago. And remember no matter how difficult a project is, you can rip it out and start over –- because it‘s just two sticks and some string! 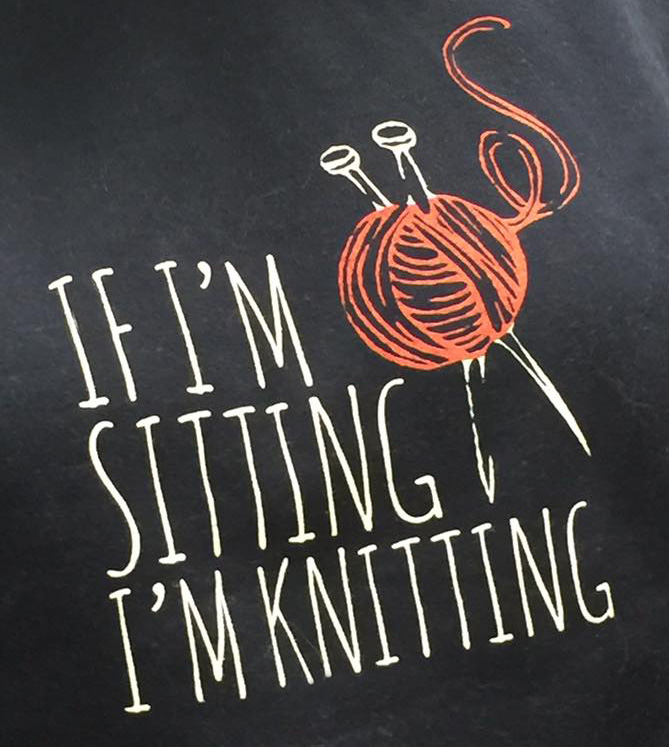